VBLE Premiere – we’re SO excited!
The Bratislava Hot Serenaders orchestra belongs to the list of the few strictly “early jazz” oriented bands in the world. The band’s 20 enthusiastic musicians have played together without interruption since the formation of the group in 1991. Their playing adheres to the sound, style, and feel of such orchestra’s as Paul Whiteman, Jean Goldkette, and Duke Ellington, in addition to featuring Czech, Slovak, and other European classic jazz tunes of the period.

The Bratislava Hot Serenaders are well established outside of Slovakia. In 1994 the orchestra won the Sidney d´Or Prix at the Grand Festival of Music of 20´s and 30’s in Saint Raphael, France. They regularly appear in concert, and at festivals both in their home country of Slovakia, and abroad.
In 2014, 2015, 2016 and 2018 the band embarked upon a 14-21 day tour of the U.K., performing at the Marlborough Jazz Festival, Edinburgh Jazz Festival, and Glasgow Vintage Festival to name but a few. 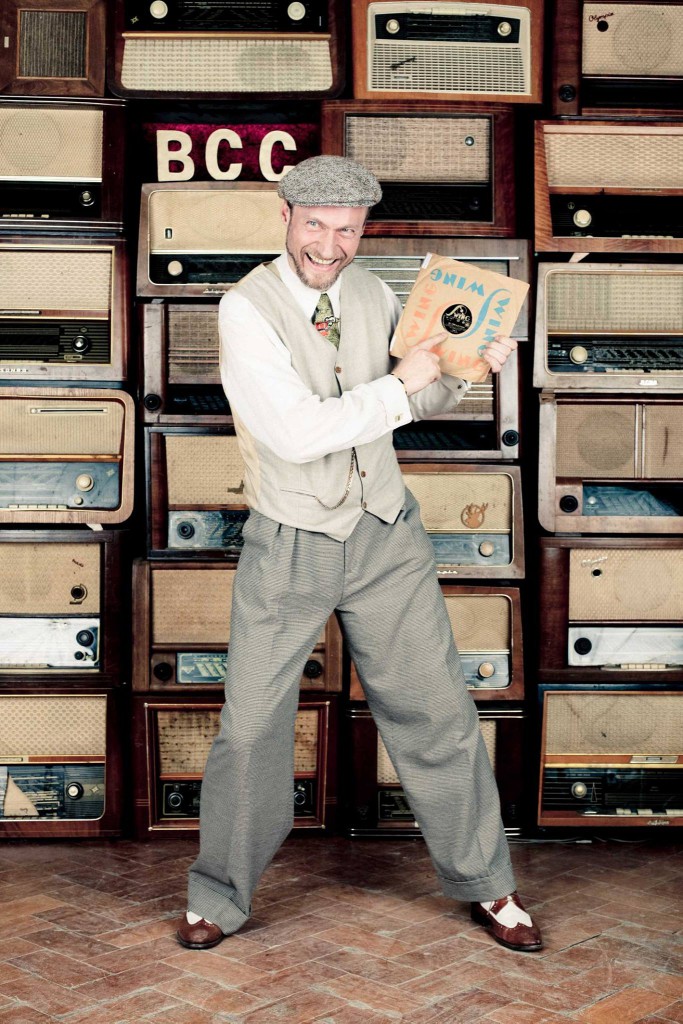 As a unique feature, all music during parties at the Vienna Balboa & Laminu Experience is analogue music only: this means that there will be either Live Music or music from original 78rpm/Shellac records.
The main organizers, Sandra & Axel, are actually DJing with Shellacs and are convinced that the overall dancing and listening experience is way better with music provided from original records.
This is very much based on the influence of their dear friend, Stephan Wuthe, who is perhaps the most important Shellac DJ and historian in the Swing scene.

So we’re very happy that Stephan Wuthe is our DJ in residence and will back here in Vienna for VBLE 2023.
Stephan will carry his 78rpm discs all the way down from Berlin and share his love for music and dancing with you.